The Eight Skills of Adaptive Foresight – The Do Loop

A basic model in cognitive science, of how we navigate and adapt to the world, is the perception-decision-action (PDA) cycle. This model is actually a perception-decision-action-review (PDAR) cycle, because perception always involves both perceiving the results of one’s previous actions (review), and perceiving the current state of the local environment (perception), and it is helpful to split out these two different mental processes, as one is oriented to self (reviewing), and one to the world (perception). Both cognitive science and a related field, ecological psychology, tell us that living organisms cycle continuously through these PDAR cycles. Sometimes we run this cycle rapidly, sometimes slowly, but all thinking beings continuously run repeatedly through cycle, all day long, in order to adapt.

Colonel John Boyd (1927-1997) was a brilliant, iconoclastic US Air Force military strategist. Among other contributions, he applied the PDAR cycle to military strategy, aircraft design, and combat operations in rapidly changing environments, beginning with work during the Vietnam war. Boyd’s term for the PDAR cycle was the OODA loop. 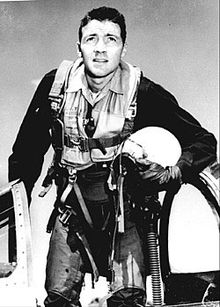 Boyd recognized that the speed of cycling through our OODA loop determines both our speed of learning and our speed of adapting in competitive environments. The faster we can run our loop, the faster we can correct our mistakes, and respond to the actions of others, both helpful and aggressive. In many kinds of conflicts, being able to “get inside of your opponent’s OODA loop” can give you a decisive advantage in a conflict. Getting inside the OODA loop of those you might cooperate with also naturally makes you a leader at recognizing, and inititating, potential cooperative goals and behaviors. Technology, communications, and decentralized decisionmaking are just a few of the tools and strategies that can help teams run their loops faster than larger adversaries and collaborators, and learn and become more adaptive as a result.

Boyd showed the value of the OODA loop in military contexts, and others have since generalized it to business strategy, law enforcement, litigation, and other spheres of human action. For more on Boyd, read Robert Coram’s great biography, Boyd: The Fighter Pilot Who Changed the Art of War (2004). For a wider look at how Boyd changed US security thinking, read Grant Hammond’s The Mind of War: John Boyd and American Security (2004). For a great application of Boyd’s OODA loop to business, read Chet Richards’ Certain to Win: The Strategy of John Boyd, Applied to Business (2004).

We base our theory of adaptive foresight on the PDAR cycle. Like Boyd we will call it a loop, rather than a cycle, because “loop” is one syllable, and thus even faster to say than “cycle”. In honor of Boyd’s emphasis on speed of learning and adaptation, we’ll call our cycle a Do loop, rather than an OODA loop, because successful Doing is the essence of adaptation, and because “Do” is just one syllable, and thus even shorter than “OODA” (or “PDAR”). All of these loops, and others we will explore later, have the same common basis in cognitive science and psychology.

The Do Loop – The Learn-See-Do-Review Cycle of Adaptation 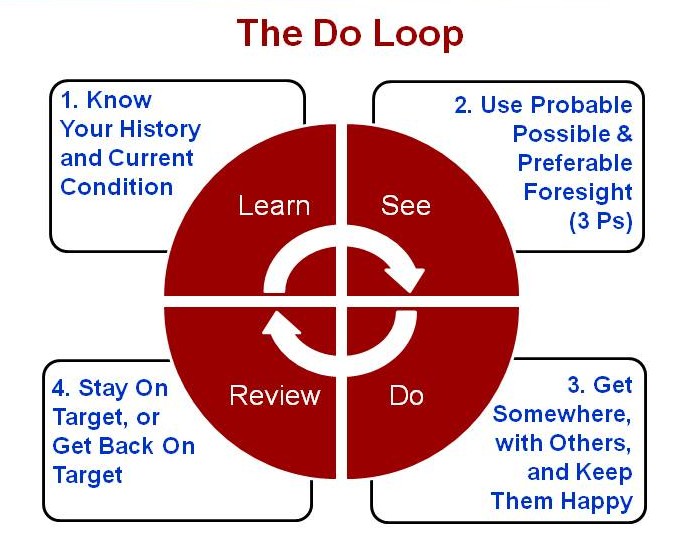 The Do Loop: The Learn-See-Do-Review Cycle

Being an adaptive manager and leader depends on a four step PDAR cycle, which we call the Learn-See-Do-Review (LSDR) decision cycle, and in its shortest name, the Do loop. To the right are the Four Steps four stages) of the loop in graphic form.

Recall that Learning and the Three Ps are the Four Foresight Skills, but they aren’t the whole of the story. All successful foresight must be integrated into action, and we need feedback to evaluate the extent that our action has been successful, and where it has missed the mark. Feedback is not doing, but it is still a special kind of action skill, as it requires concrete action (not just thinking), to collect, monitor, and evaluate it.  Thus the three doing skills plus reviewing are the Four Action Skills in this Guide.

Taken together, learning, the three seeing skills, the three doing skills, and reviewing are called the Eight Skills. We’ll explore them in much more detail later in this Chapter, and in Chapters 4, 5, and 6, where we’ll tie them to a number of other adaptive foresight and management models. We propose the Eight Skills and the Do loop are a minimum viable model of adaptive strategic foresight practice. Below is a graphic illustration of these skills. 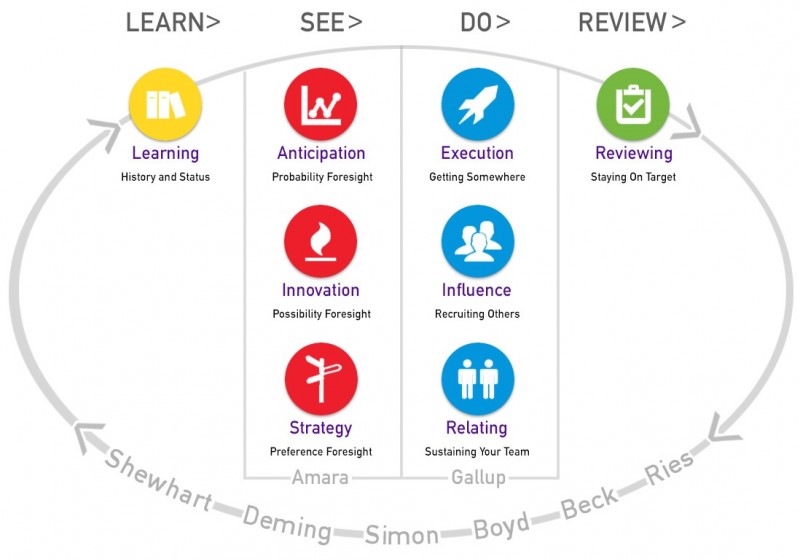 To really help our clients adapt, we need to talk about all Eight Skills, and the indivisible and cyclic relationship between foresight and action. We will often color the three core foresight skills in blue, green, and purple in the Guide, to remind us that they are three classic kinds of foresight thinking, and we will color the five supporting skills in red, to remind us that all eight skills are critical to adaptive foresight practice. We can’t neglect any of them.

Do loops, in our view, are are the only way that useful foresight can emerge.  The loop tells us that the successful foresight practitioner must become proficient at all four of these fundamental steps, and all Eight Skills, not just the second step, seeing (the Three Ps).

Unfortunately, most foresight education programs today don’t include much of both learning and anticipation in their curriculum. They mostly focus on innovation and strategy. Most also don’t teach their students the critical skills of doing and reviewing, to continually improve the quality of foresight. No wonder our graduate foresight educational programs have been so slow to expand around the world since the first one (U. of Hawaii) emerged in 1974. Most are still missing critical elements that would make their processes adaptive.

We also need to talk about how fast, how often, and how well we travel this cycle. In some contexts, as with John Boyd’s OODA loop, or Eric Ries’s Lean Startup loop, we want to run our Do loops fast and loose, and get them faster than environmental change, or our competitors and collaborators. At other times, as with W. Edwards Deming’s Quality loop, we want to run them slowly and carefully. But in all cases, we’re stepping through a universal adaptive foresight loop, and we must learn to walk it well. We must recognize the universality of this loop, and run it consciously, as best we can, in every context where it applies.

Again, all organizations must learn, use and master all Eight Skills on their executive teams, and learn the most useful ways to run their Do loops, if they wish to stay adaptive. Running their loops poorly, or skipping any one of these skills, will eventually undo the firm. These are strong claims, and we’ll try to defend them throughout the Guide.