Sustainability thinking emerged in the 1970s as a way to understand firms and industries beyond the classical economic growth-profit paradigm. In 1981, Freer Spreckley proposed that social, environmental and economic benefits were the critical three categories to measure in a social audit, a way to assess the value of the corporation to society.

Social audits are one way of providing democratic oversight over corporate charters, granted by the public to economic entities in good social standing. A revocable public charter, given only to corporations that provide net public benefit, and which are audited periodically, was the original idea behind licensing corporations to operate in democratic states. The legal meaning of a corporate charter has been greatly diluted since its inception, but the public charter is such an old and sound idea that I am hopeful we will see it revived in a more digitally democratic late-21st century future. We shall see.

In the 1990s, John Elkington popularized the phrases “Triple Bottom Line” (TBL) and “people, planet, profit” to refer to three basic categories of measurable benefit that firms can bring to their societies. In 2007, a set of TBL accounting standards were ratified by the UN and ICLEI (a collection of local governments) as the preferred approach to public sector full cost accounting. Below is a nice infographic of the three-category TBL accounting model. 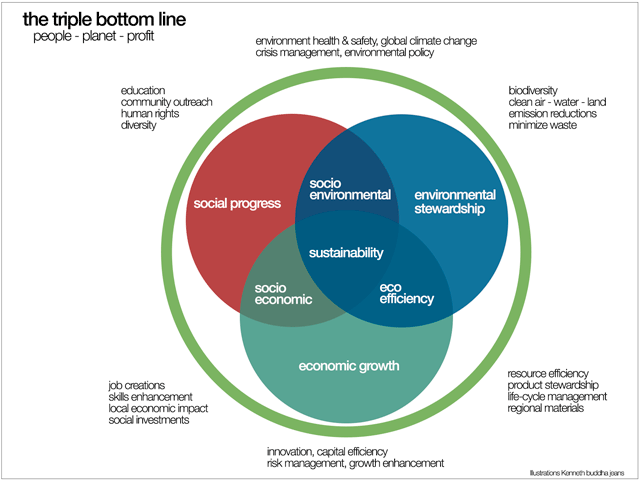 Regarding the complex question of reporting and maintaining ideal CEO-to-Average Worker pay ratios, Acemoglu and Robinson argue in Why Nations Fail (2013) that you don’t want such ratios too low, or you will end up with quasi-socialism and worker demotivation. But neither do you want them too high, or you end up with plutocracy, cronyism, cartels, and political and economic corruption, killing entrepreneurship and middle class development. Several large European firms report CEO-to Average Worker pay ratios around 20-50x. In the US, these ratios have risen 1,000% since 1950, and now average over 200x in typical Fortune 500s and over 300x in many large private firms. In the 2020s, I’d love to have a digital twin (personal intelligent agent with a good model of my values) that automatically advises me, as I am buying a product, which ones have excessive CEO-to-Average Worker pay ratios, poor employee stock ownership plans, and other destabilizing economic policies. The better we understand the economic circumstances that maximize fair competition and innovation in healthy democracies in coming years, the better that all of us, using our increasingly intelligent digital agents, will steer our firms to toward sustainable best practices.

In TBL-orientation today, we can recognize three categories of firms:

The first category, a large but slowly shrinking minority, includes some of our larger public and private firms. This group seeks almost entirely to maximize profits for internal or external shareholders. Any environmental and public benefit activities are almost exclusively public relations strategies. As backlash to such firms, the term “greenwashing” came into vogue in the 1990s to describe the deceptive PR portrayal of environmental friendliness by some of the worst environmental polluters. For example, a 24/7 Wall St. article ranked General Electric, ExxonMobil, and DuPont at the top of the list of the worst greenwashers of 2009. With a few departmental exceptions, these firms are typically quite far from meaningful TBL-orientation today. 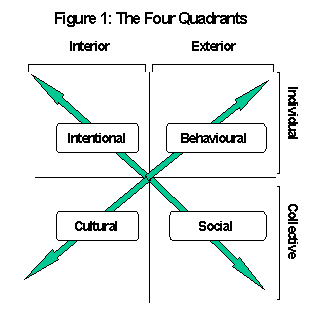 The second type of firm, perhaps the largest of three groups, exists primarily to maximize profits, but also treats corporate social responsibility, philanthropy, and sustainably as serious secondary goals, at the level of top strategy. They do informal TBL accomplishment reporting in their annual reports, but they don’t do real internal TBL accounting, or align manager incentives with TBL benefit/cost performance. They are TBL-interested, but only partly compliant.

The third type, a small but growing minority, uses some kind of triple bottom line accounting, and can be defined as a social enterprise, where human and environmental well-being are as important as profit. Today these tend to be smaller cooperatives, employee-owned companies, public-benefit companies, and some large companies, particularly in the more enlightened and wealthy social democracies.

TBL investing, better known as socially responsible investing, also emerged in the 1990s. By some reports, two-thirds of the larger social responsibility investing fund clients are women, who history shows are both less conflict-oriented and more environment- and community-oriented of our two genders. Fortunately, many more women will gain education, income and power parity around the world in coming decades. The web will also get far better at tracking and quantifying our social opinions of firms and individuals. These trends argue for a high probability, to this author at least, that we will see more growth in both the second and third types of firm, and significant decline in the first.