Since the publication of Darwin’s On the Origin of Species in 1859, ambitious scholars have tried to extend evolutionary thinking to include human culture and its higher features, including our values and spirituality. A recent overview of these efforts by Phipps in Evolutionaries (2012) outlines twelve such schools, and the surnames of some of their more famous current and historical proponents: 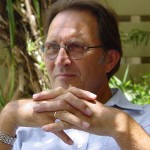 We do not discuss intelligent design, theistic evolution, or esoteric evolution in this Guide, as each are broadly religiously motivated (or in the esoteric’s case, spiritually motivated), and thus primarily our personal choices. None are accepted as science. The integral school, which also commonly discusses spiritual topics at a time when we have few to no testable approaches to them, is also today a prescientific endeavor, and the quality of its speculation varys widely. Some integral models are testable. Many are simply rhetoric, heavy on incomprehensible postmodernist jargon.

Again, as Visser says, scientific evo devo models of culture and technology span the first six schools above. That makes them special, and we will call these the Six Schools of social foresight and evo devo scholarship in this Guide. Different scholars and foresight practitioners are attracted to different sets of these six schools, yet all seem fundamentally useful to a better understanding of complexity and change.

Those who see the value in all Six Schools must seek to reconcile the two evolution-weighted schools, proposing neo-Darwinist and complexity theory views, which model biocultural change from a mostly contingent, evolutionary perspective, with the four development-weighted schools: collectivism (understanding emerging morality and social cooperation), directional features of evolution, progressive features (a stronger claim than directionalism) and the transhumanists, who seek to understand accelerating change and human-technology coevolution.

Again, evidence-based foresight practice relies on the first six schools listed above. While foresight professionals will occasionally explore additional schools, and we and our clients will all have our own personal views on God, consciousness, spirituality, integral philosophy, and other prescientific topics, we should remember that all of those topics can be best analyzed as components of the six scientific schools listed above. Such a strategy pushes us to always seek to validate what we do.

For example, if you think consciousness, spirituality, and intelligence or any other philosophically important topic or entity is a random product of the universe, you can profitably analyze these topics from either the Neo-Darwinist or the Complexity Theorist perspective, or some mix of both. If you think the topic or entity in question is instead a consequence of the developmental nature of the universe, you can ask whether the topic or entity emerges from the collective nature of computation, as a directional feature of universal change, as a progressive feature, or as a result of the application of information or other technology (language and beyond) to biological humanity.

Or perhaps, as we will argue with all three of these challenging topics (intelligence, consciousness, spirituality), you think that each are in fact a mix of both evolutionary and developmental processes. The more you focus your efforts on relationships between the Six Schools, the more you are practicing something that may be turned into science, rather than practicing untestable philosophy or faith.