Horizon scanning is environmental scanning that is focused on generating actionable intelligence and foresight over the “foresight horizon” of the relevant organization. That horizon might be the next quarter for some firms, to the next fifty years for others. The choice and number of scanning categories will bias the kinds, depth and balance of information collected, so practitioners should use categories (input bins) that are most relevant to their context of use.

PEST (Political, Economic, Social, and Technological factors) is a popular horizon scanning framework used by business analysts. These four categories are easy to remember and may represent a minimum useful mental set for environmental monitoring, SWOT analysis, and strategic planning over short time horizons, such as the next quarter to the next three years. Other categories commonly added to PEST to improve its breadth or relevance, depending on each firm’s most relevant factors, are Environmental factors (STEEP), Regulatory instead of Politics (STEER), Legal and Ethics (PESTLE), and Demographics (PESTLED) factors. 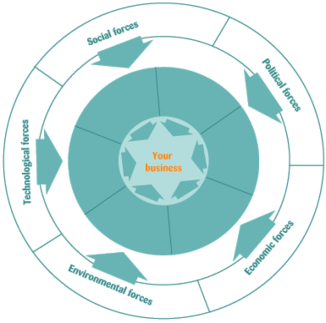 STEEP (Social-Technological-Environmental-Economic-Political factors) is taught in most foresight programs, and is a popular framework for simple scanning and external environment analysis, both for shorter- and longer-range, and local and global issues. STEEP categories can also be used to generate insights in foresight and strategy workshops. A $50 STEEP card set, with 125 cards (25 “driving forces” in each of the five categories) is sold by ITVO (Institute for Future Development) in the Netherlands (picture below). Chris Luebkeman at foresight consulting firm Arup developed an even better set of 175 Drivers of Change cards also divided into STEEP categories, and linked to seven discussion topics for the future of the built environment: Energy, Waste, Climate Change, Water, Demographics, Urbanization, and Poverty (published by Prestel in 2009, but now out of print and very expensive) 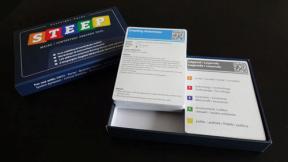 Putting key future-influencing trends and systems on cards like these, and using them creatively in group settings can help stimulate SWOT analysis, elicit simple scenarios, and stress-test strategic plans. Of course, there are easily hundreds of key trends, drivers, and critical facts in each STEEP category that could be relevant to the organization. Cards might be more useful for group storytelling and ideation, as in the new cardset, The Thing From the Future (2014) developed by Stuart Candy and James Watson. In either case, once one gets to hundreds of items, an online version, played via mobile devices, seems likely to have the greatest potential impact in the future.

We can envision a popular entry-level foresight education curriculum built around acquiring general knowledge in the STEEP categories, globally and by industry, with learning done through an online game. It might be called, for example, The Foresight Game. That domain is available if anyone wants to do this project! J Once players developed sufficient general world and systems knowledge, they could learn various foresight methods online, working with and competing against other student players with similar experience levels. General knowledge and methods expertise could be acquired in a balanced mix during game play. Anyone interested in creating and marketing such a game? We’d be glad to do our little bit to help out. It is blue ocean territory at present.

While STEEP seems sufficient for much short-range organizational foresight, when one does longer-range technology or global foresight, I believe we must now add a sixth category, Science, to our analysis, whether we prefer to or not. We can also roughly rank these six categories in order of their speed of change and impact, and propose that STEEPS (Scientific-Technological-Environmental-Economic-Political-Social factors) is today a more useful scanning framework than STEEP for most long-range and global change.

Thus STEEPS is our best acronym for top level scanning today, and we can call these six factors our Top Level Foresight Domains. A careful assessment of change leads us to recognize that general scientific knowledge is the most rapidly improving system on Earth today. If you don’t have basic Science literacy, it is very hard to get basic foresight literacy, in the modern world. See Valentin Turchin’s brilliant The Phenomenon of Science (PDF) (1977) for more on that. Next comes accelerating Technology, which is empowered by both by science and by creative experiment, as we discuss in Chapter 7. After we’ve properly understood S&T we’re ready to evaluate the other EEPS categories of change, presented in a more arbitrary rank order. Those, of course, are the most obviously human categories, the ones we tend to care most about, as biological beings. But as we said in Chapter 1, humans are both science-and-technology-improving and cooperative and competitive (interdependent) beings. Both processes are at the core of any good definition of humanity, and exactly how we differ from all other species on Earth.

Yet while science seems particularly important to our future, it is often overlooked by foresight professionals at present. Many foresight programs typically teach only STEEP, leaving out Science, to their student’s detriment. But consider the many ways that the physical sciences, chemical sciences, life sciences, health sciences, materials sciences, computer sciences, information sciences and other sciences all empower or block the exponential growth and capacities of the various technologies we use today. If we are interested in the future of any potentially world-changing technology, we must look carefully at the science behind that technology to gauge its most realistic future impact. 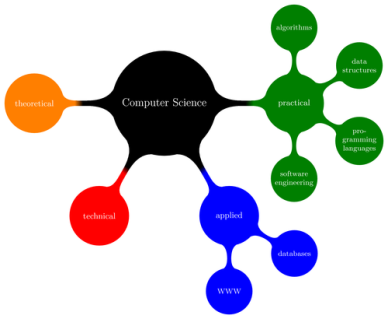 Concept Map for a Few Domains in
Computer Science (Texample.net)

Without understanding expert opinion in the relevant sciences, it’s easy for any of us to fall into idle speculation, and produce poor technology foresight. Without good technology foresight for your industry or organization, the other EEPS factors can’t be adequately assessed.

Science and technology will continue to be the main drivers of accelerating change in modern civilization. We can even make good arguments that this state of affairs is developmental (likely to have many similarities on other planets, with other life forms). Science and technology certainly have many features that are deeply predictable, and they seem likely to continue to grow as systems whether any of us individually want them to or not. Note that we are not suggesting hard technological determinism, the idea that any particular technology, once invented, must thenceforth shape human society. Use or nonuse of any particular technologies is primarily a human moral choice. But there is a weak technological determinism. Any technology, once invented, will likely be used by someone, somewhere, and it is usually other sciences and technologies that are the only things powerful enough to prevent the negative effects of the “bad” technologies. So which sciences and technologies we develop first over others, and the ways we regulate their use, are always among the most important choices we face in modern society. See Shiela Jasanoff’s The Ethics of Invention: Technology and the Human Future (2016), for more.

When I first joined the foresight profession circa 2000, I learned that many fellow futurists credibly believed popular press stories that we might soon have genetically engineered people, pills that would give us greatly better memories, decentralized energy sources, and desktop manufacturing machines (aka “3D printers”) in our homes. They also believed stories that we’d soon have self-driving cars, wearable phones, and computers that could understand human speech. But the reality is that the first set of these are very low probability outcomes over the next few decades in the opinion of most scientists with relevant backgrounds, while the latter are much higher probability outcomes. One needs a reasonable understanding of expert opinion on the science of these technologies in order to assess where they will be going.

For example, 3D printers today are fine for solid object prototyping (for example metal parts and plastic toys), but they are far from able to do desktop manufacturing of electronic or other internally complex items. Gaining that ability would require major advances in robotics, automation, AI, and miniaturization, advances that don’t yet exist in our science and R&D laboratories and which are often placed more than a decade or two away in our technology roadmaps. Self-driving cards, wearable phones, and natural language interfaces, by contrast, have long been considered high-probability events in the next decade or two by quite a few scientific experts doing work in these fields.

The critical difference between such predicted technological events is in the state of the science underlying the technologies, both the theoretical science (models for the theoretical potential of the technology) and the empirical science and R&D, the kinds and quality of experiments currently taking place in the field. If one wishes to understand whether desalination, photovoltaics, synthetic biology, brain-machine interfaces, or any other much-hyped and potentially disruptive technology is poised to greatly improve in the next decade or is presently being massively overhyped and will deliver very little in this time period, an understanding of expert opinion on the sciences involved, not simply the present technological status or applications, is a critical determinant of foresight quality. Theoretical and applied scientists and technologists must be one of the largest subsets of the professional foresight profession, by numbers. All of these individuals are trying to predict what breakthroughs are feasible and valuable for their fields. But scientists are also underrepresented as self-describing foresight practitioners. Growing interaction between the scientific community, in all its myriad specialities, and our self-described foresight practitioner community is one of the worthy challenges for our field.