Education (public and private) contributes around 7% to US GDP and accounts for about 9% of jobs, making it the third largest of the four main employment sectors. Education spending has grown faster than GDP (PDF) in most OECD countries since 2000. If we expect that both technical productivity and our individual democratic power (e.g., the intelligence of our digital twins) will each continue to accelerate in industrial democracies, it is then an easy prediction that the Big Three human capital industries of Health Care, Education, and Nonprofits will all make up increasingly large shares of most nation’s budgets in coming decades. The faster, smarter and more productive our machines, the more social wealth and tax base they create. In turn, in reasonably democratic countries, the more spending we’ll see in education and other sectors central to human potential.

At the same time, automation and other forms of accelerating change will likely continue to displace more of us more quickly from our jobs, regardless of educational quality. But the social effects of technological unemployment, as that outcome is now called, is a separate issue. Whether such unemployment is beneficial or harmful depends on the nature of the social safety nets, including just-in-time and adult education, and the nature of entrepreneurial opportunities, including fairness of business laws and level of allowed industry economic concentration, in each country where it occurs.

Compulsory public education has changed surprisingly little since its invention in Prussia at the end of the 18th century. Our slowly changing national and state curricula, in a world of ever-improving scientific knowledge, currently help students to think only in very basic ways about the global future, and still do very little to teach them financial foresight or to make and critically test plans for their personal futures. US K-12 schools presently have only a handful of extracurricular foresight education efforts like Future Problem Solving Program and Odyssey of the Mind, and at the university level, both topical and methods-based courses in foresight are rare. Foresight degree programs are rarer still. With a few exceptions (Foresight Taiwan, Malaysian Foresight Institute) most countries have no educational leadership seeking to assess or add foresight to their curricula, at any level. It is my opinion that the best foresight education is mostly bottom-up, eliciting student and community ideas for the future, and only weakly top-down, imparting current insights from practitioners. Futurist Peter Bishop’s Teach the Future initiative is a good example in this regard. Such approaches cultivate proactive, creative, curious, anticipatory, visionary and planning-oriented citizens.

As the world economy accelerates, and the value of knowledge work and computer work continues to grow, educational systems should feel even greater stresses to remain relevant to the needs of employers and students. Education influences several of the nine variables in the World Economic Forum’s annual Global Competitiveness Index. It is no coincidence the top four countries in the index, Switzerland, Singapore, Finland, and Germany, all have significantly better public education systems than the US, which was #17 in 2012, by Pearson’s account. While the US has never been #1 globally in education, if we wish to maintain our technological, innovation, and entrepreneurship edge, we’ll have to reverse our eroding global rank. 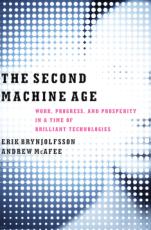 US Bureau of Labor Statistics (2008) chart an average of 7-10 job changes over the lifetime of modern workers, roughly once every four years. How many of these are career changes, and how many are involuntary, unfortunately is not yet tracked. But it seems very likely that the number of involuntary changes due to technological unemployment is more than (perhaps twice?) that in our grandparents’ era. It also seems likely that forced job and career changes, driven both by accelerating communications technologies (outsourcing, globalization) and computing technologies (software, automation, robotics) are on the rise. For more on technological unemployment, and the basic income guarantee solution being debated even now in a few wealthy countries like Switzerland, see Brynjolfsson and McAffee’s excellent The Second Machine Age (2014).

Meanwhile, US teachers’ unions such as NEA, UFT, and CTA have grown in their strength and activism since the 1960s. Modern teachers in most OECD countries make a decent wage, but as a percentage of per capita GDP, a 2008 McKinsey study found that US teacher pay is roughly half of that in Germany and South Korea, and also behind seven other countries, including the UK and Australia. Qualified teacher applicant ratios are low (three to one in the US, versus ten to one in countries like Finland), and there is far too much mandated teacher busywork and student testing, and far too little student-driven learning and experimentation. Top college graduates in the US do not seek to teach, and our unions often restrict teacher initiative and oppose any meaningful school change. See the thoughtful Special Interest (2011) for more on that unfortunate dynamic. We certainly need unions, but we also need union competition and reform. It is rare to find an industry where workers can choose which union they may wish to join, or find it easy to form their own in competition with existing unions.

Fortunately, several countries have been able to reform their public education systems over several decades. On the annual TIMMS rankings, Finland has climbed from the lower middle to the top five of the 34 OECD countries in fourth and eighth grade math and science rankings, and is consistently in the top six in reading and problem solving on PISA rankings. It has done this by greatly increasing teaching job desirability and teacher hiring selectivity, paying good wages, providing extensive teacher training (a minimum of a masters and one year of apprenticeship before teaching), greatly reducing state curriculum requirements and restrictions on teacher freedom, and investing in school resources for individualized student learning and free expression (top-flight labs, shop, crafts, sports, clubs, libraries, and community opportunities). By rewarding students with up to a third of their school time for free exploration of their own unique interests and activities, in a Montessori-like model, as long as they are meeting expectations academically, students are deeply incentivized by to achieve superior performance on the required curriculum. See Finnish Lessons (2011), and the excellent film The Finland Phenomenon (2011) (YouTube), for great accounts. Educational reforms aren’t easy, but democracies can accomplish them with good foresight leadership.

Private education has seen more change, with uneven results. Since the early 1990s charter schools have emerged as an alternative to private schools, and some perform better than public schools, particularly in disadvantaged environments. However, many don’t, and privatization in itself seems to offer no clear advantage. For more on that story, Diane Ravitch, a Dept. of Education leader during the first wave of US K-12 privatization under President George HW Bush, has described the uneven results of charter efforts, in Reign of Error (2013). At the tertiary level, the University of Phoenix disrupted university education in the 1980s with rapid growth in a private for-profit and more just-in-time higher education model focused on one class per month, with evening schedules ideal for working adults. But in recent years escalating tuition costs, financial aid abuses, and lower-cost online startups has halved the market capitalizations of many of these large for-profit education firms (U. of Phoenix, DeVry, ITT Tech), and they are seeing increasing competition from online startups.

Yet all of this new innovation and investment seems likely to be the calm before the storm. Once speech recognition, natural language understanding, machine learning, and wearable computing get a little bit better, toward the end of this decade and into the next, futurist Thomas Frey’s vision of 24/7 teacherless education will emerge. Imagine a world where children everywhere can learn as fast as their curiosity drives them, throughout their waking hours, wherever they are, just by talking to their wristphones, tablets, and laptops. For related edtech visions, you might enjoy Alan Kay’s 1972 Dynabook proposal, and the sci-fi tale The Diamond Age: Or, A Young Lady’s Illustrated Primer, Neal Stephenson (1995).

US immigration policies and public educational systems are most likely to improve only slowly and marginally in the next few decades. But at the same time, we can foresee as many as a billion more children learning English from birth, ten years after they receive an always-on wearable smartphone with a conversational interface. I call that vision Global English, and visit the link provided if you’d like more details. These individuals will have a common global culture and be able to work anywhere, as virtual immigrants, wherever cheap telecommunications links exist. That will be a far more entrepreneurial, specialized, collaborative, and economically productive world than we live in today.