In STEEPS categorization, this seems mainly an Economic/Entrepreneurship, Political/Policy, Science, and Technological counterfactual. By 1970, could humanity have had its first permanent “Exhibition City”, featuring the latest and the greatest in innovative and futuristic technologies, being tested and integrated into daily life? We very nearly did!

In October 1966, Walt Disney made an awe-inspiring and visionary 25min film (watch it below), to introduce the Florida state legislature to his plans for EPCOT, the Experimental Prototype Community of Tomorrow. His WED enterprises had secretly purchased 27,000 acres of swampland in central Florida for a new park, Disney World. The heart of Walt’s vision for Disney World was EPCOT. It was envisioned as both a permanent prototyping community where corporate R&D groups and entrepreneurs would live and work, on a rotating basis, finding and trying new solutions to the world’s most important problems, and an inspirational public showcase of the best of American innovation to global visitors.

Just two weeks after making this inspiring film, feeling unwell, Walt went to the doctor and was diagnosed with metastatic lung cancer. He died on Dec 15th. Surprisingly, his doctors didn’t even tell him he had cancer, telling his family instead, which was generally considered the most humane response for untreatable illnesses in that less-enlightened time. Roy Disney, Walt’s pragmatic but nonvisionary brother, went on to develop Disney World, but under Roy, EPCOT became just another Disney entertainment attraction, and the master-planned community of Celebration, Florida, both just shadows of what Walt had intended.

Now imagine instead that Walt’s doctors had told him of his disease, and made it clear how little time he had. With that personal foresight, Walt might have decided to spend his last six weeks calling his industry pals to get them to commit to joining EPCOT, for the benefit it would bring to America and the world. He might also have had the organizational foresight to appoint a visionary, charismatic second-in-command for EPCOT either years earlier (unlikely, given his domineering personality) or more likely, just before his death, as his representative, to counter the conservatism of Roy. I’m sure Walt knew others with vision, business savvy, and the courage to criticize him when he needed it. Any one of those folks might have been able to make EPCOT emerge. Once it existed, I think it would have been a self-perpetuating educational attraction. The possible future of American science, tech, business, and society, all in one place? Who wouldn’t want to go see that? 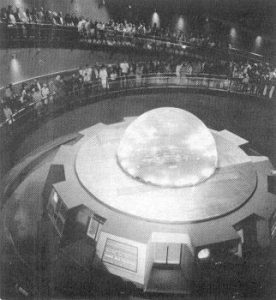 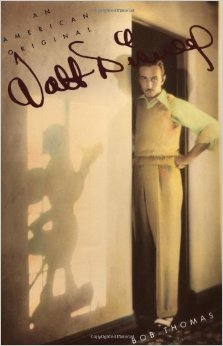 One of the best researched biographies on Walt is Bob Thomas’s Walt Disney: An American Original, 1994. Those who know the Disney family consider this one to be the most accurate portrayal. As any good biography of Walt shows, futurism was at the heart of his vision. See Christian Moran’s lovely Great Big Beautiful Tomorrow: The Futurism of Walt Disney (2016, 1h41m, free on YouTube) for another great account of Walt’s futurist perspective.

I have the rare fortune to know some of Walt’s story personally, as my mother dated David Iwerks, the son of Ub Iwerks, Walt’s first and closest partner, and the creator of Mickey Mouse. David told me many of the inside stories about Walt and his deep commitment to better future thinking for a better world. One of Walt’s earliest efforts in that regard happened when he got Monsanto to design and sponsor Monsanto’s House of the Future, bringing it to Disneyland in 1957. The house was an inspiring vision of life in the year 1986. Here is a nice clip The Monsanto House of the Future (13 mins, YouTube), 1957, touring the house and its attractions.

The Monsanto house, and other early futures exhibits inside Disneyland’s Tomorrowland (1955+), were just warmups for Walt. The Tomorrowland section of the park opened mostly empty in 1955, due to budget constraints. Most of the exhibits then and later were corporate sponsored, something Walt found both valuable and dangerous, as progress takes many forms, and only a few of them are commercial. His next great futurism project was Progressland, built for General Electric at the 1964 World’s Fair. Progressland was a much vaster vision of a better future for America. See this detailed exploration of the exhibit, and this Progressland Newsreel (9 min, YouTube), 1964. As its finale, Progressland actually built the first large-scale, real-world demonstration of nuclear fusion, running at regular intervals below an audience in the gallery during the exhhibit. I kid you not! (see picture at right of the exhibit :). In the sixty years since, fusion R&D has been very poorly invested in by leading countries. But the vision of these 1960’s GE engineers remains solid. Commercial fusion energy will eventually arrive. It may even be the greatest energy source humanity will ever harness, as we discuss in Chapter 7.

Walt brought his Progressland exhibit for GE to Disneyland (minus the fusion!), as the Carousel of Progress (1966-1973). Walt’s history of progress over the centuries ended with a massive 7,000 square-foot lighted and animated model of a future “Progress City” (a proto-EPCOT). It took up the entire second floor of the Carousel building.

Visiting Tomorrowland as a seven-year old kid in 1967, I had the great privilege to see the House of the Future, the Carousel of Progress, and Progress City. I also was amazed by the new exhibit, Adventure Through Inner Space, an attraction that took riders on a journey into and below the atom. All of these made a deep impression on me. I am still motivated today by Walt’s belief in the potential for progress, and some of the visions he shared with the world. Walt’s Inner Space exhibit inspired my description of accelerating change as a Race to Inner Space, some forty years later.

Not every park visitor is interested in visions of tomorrow, but those of us who are more future-oriented, by personality or disposition, find them fascinating. It takes a foresight-oriented leader to understand their social value, and to build them in spite of their poorer attendance than the thrill-focused attractions. Walt said the Carousel of Progress was his favorite attraction, and said it should never close, presumably because he knew it served both an educational and inspirational function for society.

Unfortunately, Disney today retains only vestiges of Walt’s commitment to futurism. The Progress exhibit never made it to any of Disney’s other five parks around the world (Shanghai Disneyland opened in 2016). The modern Carousel has no great vision of the future at the end. Disney’s Innoventions Dream Home closed in 2015 (it may one day return, or not). EPCOT’s most future-oriented attraction, Horizons, closed in 1999.

Disney did recently make a nice sci-fi movie, Tomorrowland in 2015. So they still have futurists in the building, and they have Walt’s original visions to guide them, to some degree. But subject to commercial pressures of corporate leaders, today’s Tomorrowlands have become safe but totally unrealistic science fantasy fluff (Marvel and Star Wars superheroes). Today’s Tomorrowland offers minor nods to values like sustainability, innovation, ethics, empathy, hard work, technical expertise, and solving humanity’s greatest problems, but it is only a shadow of what it could be.

Walt took seriously his responsibility to educate and inspire, with visions of progress, as well as to make money and entertain. If Walt had lived, or if he had died but appointed a visionary leader for this project before his death, America might have gotten Walt’s EPCOT in 1970, as he was intending. Imagine how much better global society might be today, and how much more innovation the world might have seen, if EPCOT had become the world’s first permanent crowdsourced innovation showcase and city, starting sixty years ago with this amazing film!